(RNS) — Religious groups often face tension over vital questions of identity, mission and cultural power: Is it better to be smaller and purer? Or does a big tent that accommodates disagreements give all points of view greater influence?

The Southern Baptist Convention’s annual meeting this week in Anaheim, California, seemed to be doing brisk small-tent business, with every candidate for every office claiming to be a conservative and those who are merely exactingly pro-life being chided by so-called “abolitionists” who want criminal penalties for women who have abortions and deny any exceptions, including procedures to save the life of the mother.

But for anyone paying close attention to the inner workings of SBC life over the past year, the two-day assembly was more complicated than the polarized politics of the broader culture.

This year’s meeting convened just weeks after a third-party investigator’s report detailed denominational leaders’ mishandling of sexual abuse allegations over the past several years. The report, ordered up by a Sexual Abuse Task Force created by the messengers (as SBC delegates are called) at last year’s annual meeting, yielded a set of recommendations, which this year’s messengers in Anaheim readily adopted.

This historic and decisive vote seemed to show that the SBC’s members have taken their heads out of the sand and committed themselves to face the scandal with some measure of transparency, realism and grace. Though survivors and advocates consider this vote a bare minimum, it is a good, honest start to a process that will demand the denomination’s attention for years and could end up costing churches, SBC entities and their insurers more in settlements and claims than most have even begun to imagine.

Going into the week, however, the report was treated to a test of strength by an especially aggrieved faction animated by an unsubstantiated belief that the SBC is experiencing liberal drift. When they got to Anaheim, this group insisted on putting the smaller-and-purer vs. big-tent battle on vivid display.

With echoes of late-1990s debates about women’s roles, this faction of conservatives made motions to expel the largest congregation in the denomination, Rick Warren’s Saddleback Church, which sits just a few miles from the meeting site in Orange County. 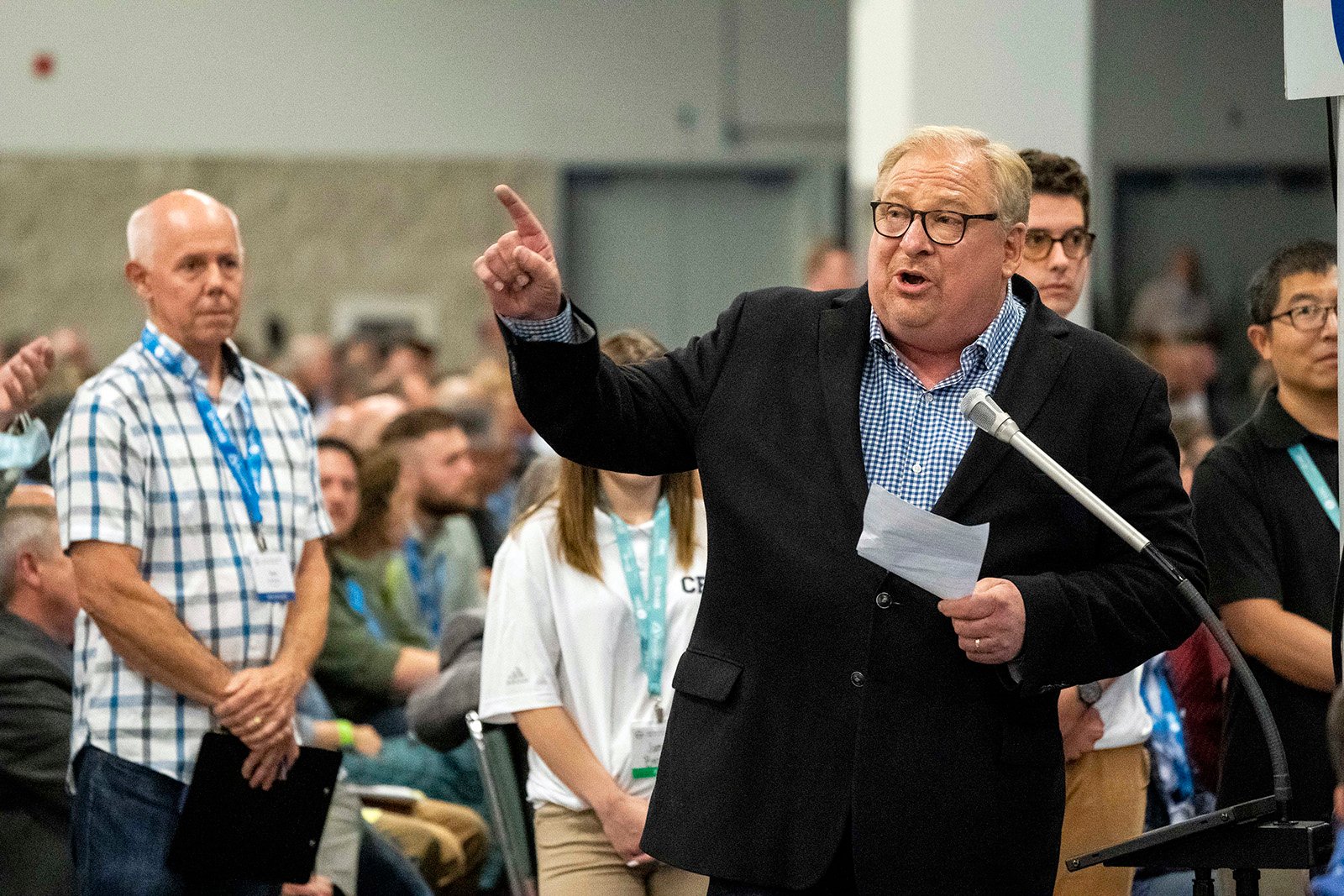 Saddleback had already elicited controversy a year ago when it ordained three women pastors. More recently, Warren, who is retiring, named a husband-and-wife team as his successors. Though Andy Wood will be the new senior pastor, his wife, Stacie, will be “Teaching Pastor.”

The convention deferred a decision on Warren after the man himself showed up in the hall to ask, “Are we going to treat each other as allies or not?”

It was the last gasp for the self-styled purists who had already failed to elect their candidate for SBC president, the so-called Conservative Baptist Network’s Tom Ascol.

Ascol and the CBN have been active outside the SBC’s own networks and media channels, attempting to drag SBC politics into the broader far-right movement. In a satellite event the weekend before the annual meeting, the CBN brought in right-wing agitator Charlie Kirk to rally the most aggrieved conservatives to Ascol’s banner.

The far-right faction also decisively failed to abolish the SBC’s public policy arm, the Ethics & Religious Liberty Commission. Soundly conservative by any measure, the ERLC’s positions are safely to the right of ecumenical Christian consensus on economics, ecology, labor, war and peace. But critics have come to refer to the ERLC as an “SBC elite,” charging that it inadequately represents the politics of grievance and cruelty toward women and migrants that they espouse and imagine rank-and-file Baptists do as well. 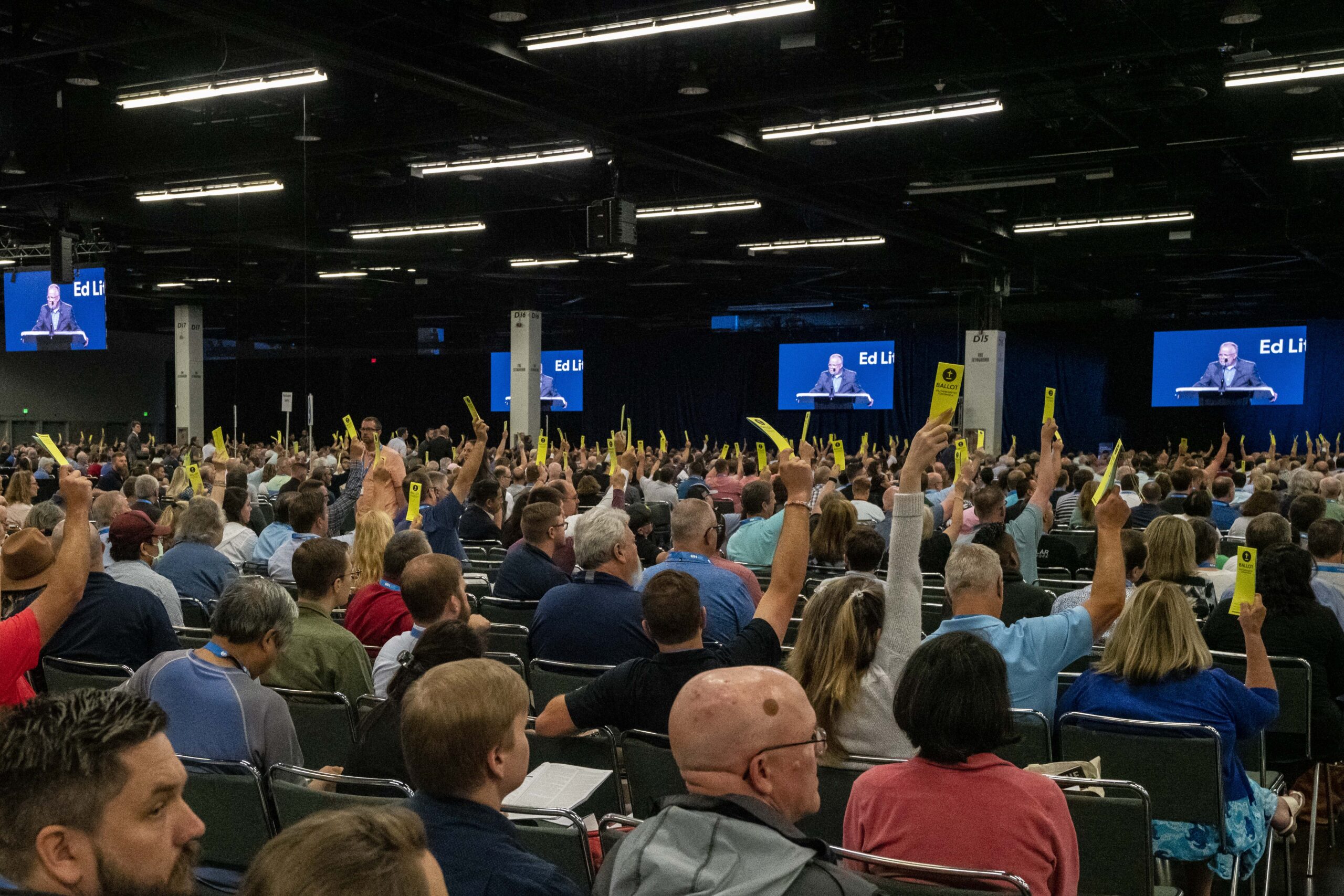 Like every observer of Baptist life, I have my own view of what is leading the denomination astray, but my diagnosis is more psychological than theological. Some SBC leaders have an almost pathological inability or unwillingness to learn from or be corrected by anyone who disagrees with them.

Following the release of the sexual abuse report, some Southern Baptist leaders lost their minds after discovering that the outside firm that conducted the inquiry, Guidepost Solutions, expressed generic support for LGBT people for pride month. To them, it seemed, this was more heinous than denominational leaders’ pattern of covering up abuse and ignoring survivors, and they said it was grounds for Baptist state conventions to refuse to work with Guidepost.

This obsession with boundary maintenance is part of the Southern Baptist inheritance. It has led to a remarkable degree of doctrinal and political cohesion. It guarantees that the SBC will remain a resolutely conservative force within American evangelicalism.

But the Baptists must decide whether their easy and relatively unanimous accommodation to right-wing politics, most recently the Trumpist variety, is good or bad for the Kingdom God sent Jesus to proclaim. That determination will depend on who decides: the hard-liners who win the media attention between annual meetings or the votes from the floor.

My guess is that few churches will be disfellowshipped, no Baptist institutions defunded. Some may continue to grow frustrated and leave — those who prioritize racial justice and who cannot bear pledging unconditional allegiance to a Republican Party too weak to stand up for norms of decency and democracy. But in the years to come, Southern Baptists will continue to find that there is more that unites them than separates them.

(Jacob Lupfer is a writer in Jacksonville, Florida. The views expressed in this commentary do not necessarily reflect those of Religion News Service.)