(RNS) — When Crystal Cheatham, a Black woman who grew up in a Seventh-day Adventist church she described as fundamentalist, came out as a lesbian, her church didn’t accept it. That rejection led to a rejection of her own — a shunning of what she calls the “toxic theology” of her past. But Cheatham wasn’t interested in abandoning Christianity wholesale. She believed it was possible to distinguish the corruption from the core truths.

To separate the wheat from the chaff, to borrow a biblical metaphor.

Cheatham said she let go of “the notion that there is only one correct way to be a Christian.”

She began to meet like-minded peers — progressive believers interested in interrogating their conservative or fundamentalist pasts without necessarily giving up on Christianity. She created “Our Bible App,” a platform used annually by more than 40,000 people that features progressive theologians, daily readings and podcasts specific to the app. She also hosts workshops and classes with fellow progressive faith leaders, many from marginalized communities, such as Deborah Jian Lee, who wrote the book “Rescuing Jesus: How People of Color, Women and Queer Christians are Reclaiming Evangelicalism.”

“People want to understand the history of Christian supremacy and how it wraps itself intimately with white supremacy,” Cheatham said. 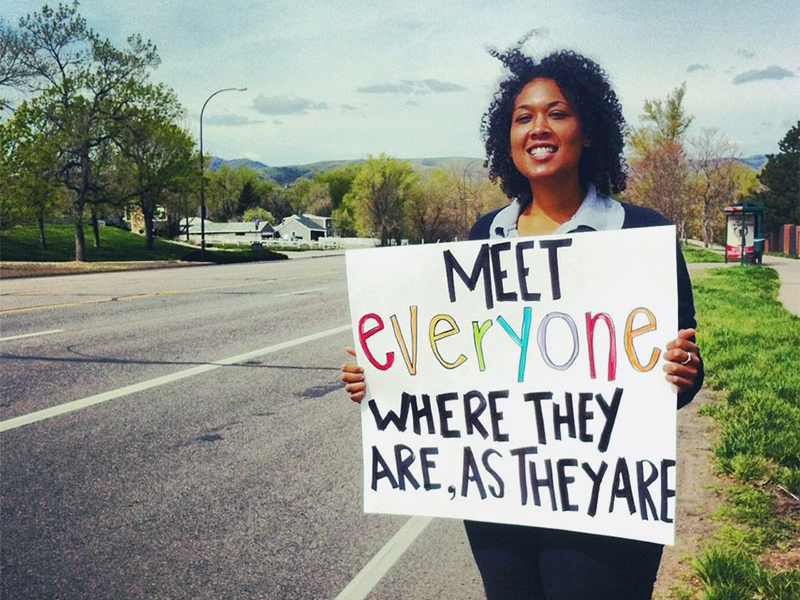 Cheatham’s work is part of a growing slate of resources geared at helping people “decolonize” and “deconstruct” the Christianity that was taught to them. From purity culture, to teachings on same-sex marriage, from racism to nationalism, many Christians — evangelicals, in particular — are challenging both the overt teachings and the cultural assumptions of their religious heritage. And many of them are looking for help, or at least company, along the way.

Lina Abujamra, founder of Living With Power Ministries and author of “Fractured Faith: Finding Your Way Back to God in an Age of Deconstruction,” articulated how questioning faith has taken a deeper turn in modern day.

“People doubted their salvation when I was growing up — like, am I really saved?” Abujamra, a pediatric doctor and Moody radio host, said. “But they never doubted the system. Now it’s sort of bigger — almost like the Wizard of Oz. People are asking, is this all made up?” 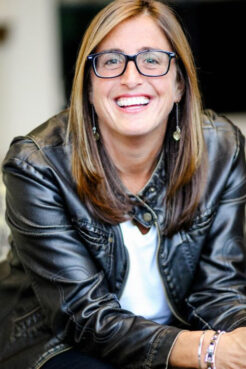 Faith deconstruction — or decolonization, a term more specifically focused on recognizing the influence of white supremacy — is not exactly new but has coalesced into something of a movement in the past four or five years. The momentum has come as the “culture wars” have once again taken a central place in American politics. While white evangelicalism as a whole has doubled down on conservative positions, from immigration policy to the Black Lives Matter movement to positions on LGBTQ theology, many Christians have begun to question the positions of the churches they grew up in. Simultaneously, multiple sexual abuse scandals within the Christian church have thrown many for a loop when it comes to their faith.

Abujamra said the heart of the deconstruction movement is a search for truth, and she understands why some of the “corrupt leadership in the conservative, evangelical church” has spurred it on.

“It’s almost like a pandemic,” she said. “Once someone says their symptoms out loud, others say, ‘Oh, I have that too.’”

Amanda Waldron is a licensed therapist who spent a stint in seminary before she pivoted to focus on helping others as they deconstruct. In June 2021, she launched her coaching business, Hey Amanda, where she helps Christians struggling with their faith through “deconstruction and reconstruction.” 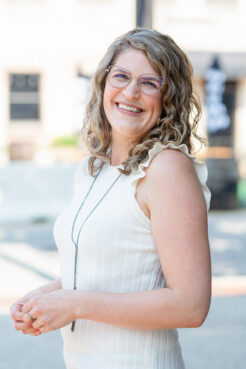 Waldron’s approach to coaching is simple: short-term, solution-focused and topic-specific. It’s distinctive from her therapy practice and is more like mentoring, coaching or consulting. It’s not for her to guide someone to a certain place, she said, but help distinguish where a person needs to go through the coaching journey.

Many of her clients are still reeling from personal experiences of church hurt — related to purity culture, to racism, to sex abuse, to their sexual orientation — and Waldron hopes she can be a safe place for those people to begin processing and reconstructing on their own terms.

“I was super apprehensive about coaching on this topic,” Waldron said. “I worried I might negatively impact someone else’s faith — or my own.”

But for Waldron, who went through her own period of spiritual doubt, allowing space for deconstruction is also catalyzing important conversations the church needs to have, “around power, purity culture, misogyny, race and abuse.”

“It could be a course correction for the American church,” she said.

Many self-identified “deconstruction coaches” have launched practices in the last several years and seen success. But not all of them are invested in seeing their clients stay Christian.

“It’s a sifting and sorting,” said Angela Herrington, a certified life coach and seminary-trained pastor. “A reconciling process where we get really honest about whether those beliefs actually reflect the God we claim to know.”

“I don’t think it’s our place … to make sure people don’t lose their faith,” said Herrington, who is often hesitant to call herself a Christian in her work. 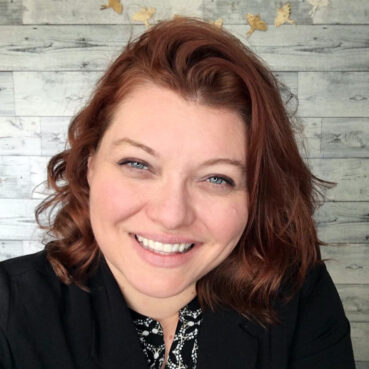 “I do have a relationship with God,” she said. “I don’t necessarily identify myself as (a Christian) because I don’t know how helpful that is, with so many different meanings — putting that first is more problematic than it is helpful.”

Herrington appeals to those more open to religious self-discovery. “My goal is just to hold space for them, so they can get to wherever feels resonant for them,” said Herrington. Trying to pull people back into Christianity specifically would just be telling them what they must believe — the very thing their previous faith experiences consisted of.

Katie Blake, a psychology professor and deconstruction coach, isn’t trying to get people back to their Christian faith. Like Herrington, she represents the large network of coaches who are more liberal with where they guide their clients.

“Generally, I don’t use the term ‘reconstruction’ in my work,” said Blake, who went through her own deconstruction journey after growing up in the church and marrying a minister.

“People find all sorts of paths and we encourage it,” Cheatham said. “One of the toxic traits of evangelicalism is the belief that there is only one right way to do it, and we can’t swing back into the rut of saying that one way is how you do it correctly.”