(RNS) — American Jews say they were blindsided by the U.S. Senate’s lightning-fast passage of a bill to make daylight saving time year-round and intend to fight it.

The Sunshine Protection Act, which passed the Senate on March 15, will make it nearly impossible for Jews to pray communally in the morning, Jewish advocates say, and still get to work or school on time during the winter months.

According to Jewish law, morning prayers must take place after the sun rises. Daylight saving time, which currently begins on the second Sunday in March and ends on the first Sunday in November, extends darkness on late-winter mornings.

“It will affect our religious life, our professional life and our family life,” said Rabbi Abba Cohen, vice president for government affairs for Agudath Israel of America. “If congregational and personal prayers begin after 8 in the morning, how will people get to work at 9 a.m. or earlier?”

RELATED: The most important Jewish woman of medieval England recognized with new statue

Cohen said Agudath Israel has issued a statement and sent a detailed explanation of these difficulties to lawmakers in the House of Representatives, whose leaders have not said whether they will bring the bill up for a vote.

In Judaism, the morning prayer service, called “Shacharit” because it starts after dawn — shachar in Hebrew — typically lasts 30 to 40 minutes when recited communally. Reading from the Torah and saying certain prayers, including the kaddish, or mourner’s prayer, must take place in a group with a quorum of 10, known as a minyan. 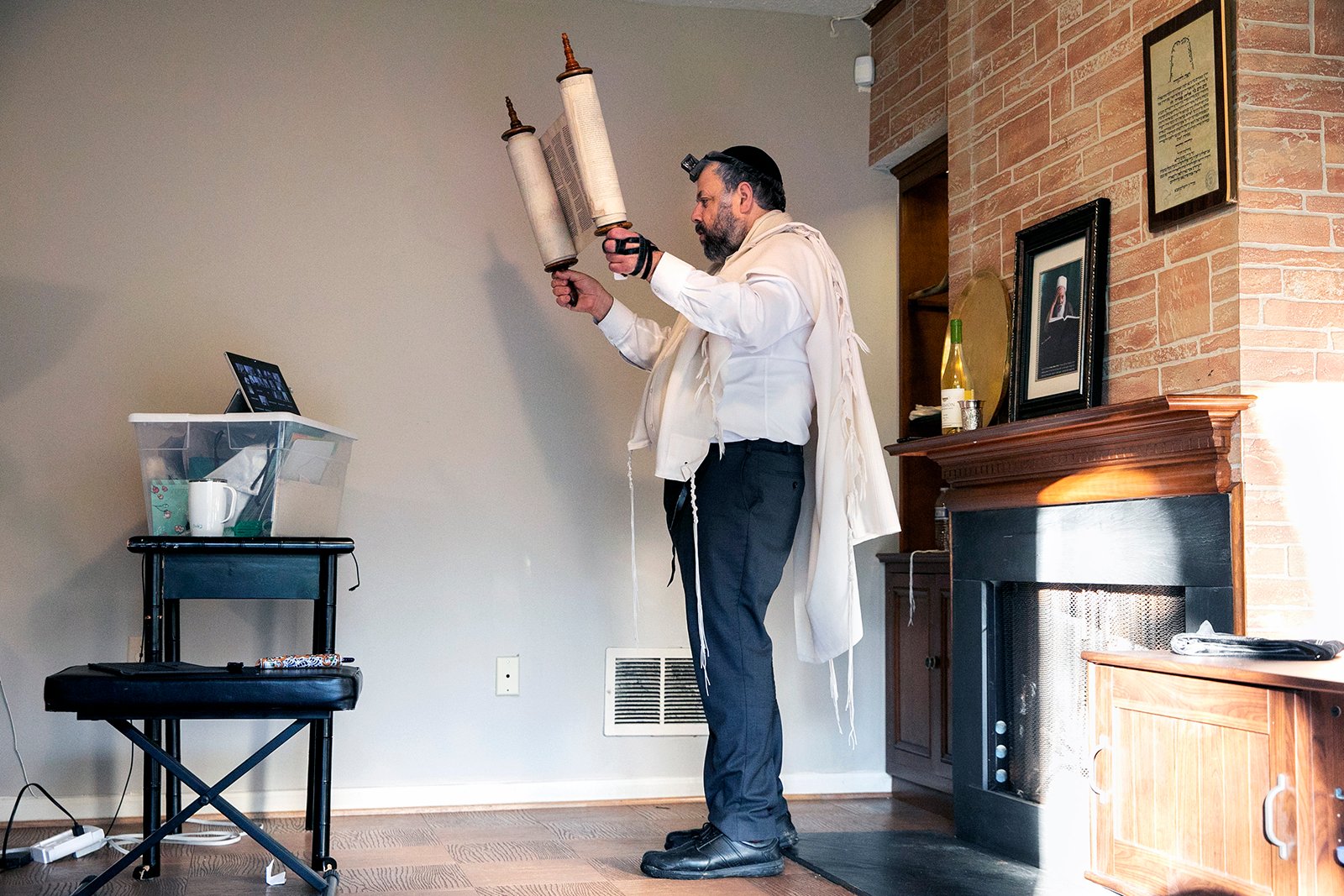 Wrapped in tefillin, Rabbi Haim Ovadia holds a Torah scroll up toward an electronic tablet so that the 32 people attending his Zoom meeting can see it during a virtual morning minyan transmitted from Ovadia’s home in Potomac, Maryland, April 6, 2020. Ovadia started the virtual minyan, daily prayers that typically require the physical presence of ten adult Jews in the same room, after coronavirus concerns closed many synagogues. (AP Photo/Jacquelyn Martin)

Unlike previous legislation on seasonal time changes, leaders of the Jewish community say, lawmakers didn’t inform them that the issue was on the Senate’s agenda, or that it would be fast-tracked through a procedure called unanimous consent.

Other stakeholders, from farmers to schoolteachers, also expressed surprise at the bill’s quick passage.

“Switching in and out of Daylight Saving Time is outdated, and it’s only a source of annoyance and confusion,” Rubio said. “Frankly, it’s just dumb, and there’s just no other way to say it.”

Since the bill’s passage, synagogues have begun circulating petitions, and some Jewish organizations have begun lobbying lawmakers against its implementation.

Such a late start would make it “extremely difficult” for religiously observant Jews who work outside their homes to pray in the morning, Cohen said.

“Morning prayers happen every morning, and it’s not something employers are familiar with. Coming to work late every morning is a much bigger ask” in American workplaces, Cohen said.

As it is, many employers allow observant Jews to leave early for Shabbat, which can begin as early as 4 p.m. in some states.

Needing to leave early on Fridays “is an issue that Jews raise before they are employed. It’s something that employers are familiar with.” The same hasn’t been true for morning services, Cohen noted.

Nathan Diament, executive director for advocacy at the Orthodox Union, said the time shift is not only a Jewish issue. OU, Agaduth Israel and other Jewish organizations are also expressing concern about how the bill will impact schoolchildren “who will be traveling in the morning in the pitch black” and on “health impacts” for society as a whole.

“We’ll be engaging with members of Congress, and just as we do on all kinds of issues, will work in coalition with other groups aligned on the same perspective on this issue,” Diament said.

While admitting that thwarting the bill’s passage will be an uphill battle, “I think it’s possible the House won’t pass it,” Cohen said. “Congress isn’t passing it today, which gives us a chance to find our allies and for us to put our concerns forward.”