(RNS) — See if you can spot the lie: Joel Osteen has three private jets named “The Father,” “The Son,” and “The Holy Spirit”; Jim Bakker has a full amusement park on his property — complete with Bible story-themed rides; Jerry Falwell Jr., in his youth, participated in an underground fighting ring.

Of course, none of these tidbits from the lives of some of the richest evangelicals is actually true (not as far as we know, anyway). They’ve all been stolen from the lives of widower and patriarch Eli Gemstone (played by John Goodman) and his three largely incompetent children, the larger-than-life megachurch leaders at the center of HBO’s hilarious comedy-drama “The Righteous Gemstones.”

Only these details aren’t all that far off from what is known about these real-life evangelicals.

Joel Osteen has at least one multimillion-dollar home in Houston and a private jet and was the subject of bizarre news last December when $600,000 was found in the walls of his church. (In a fun instance of life imitating art, “The Righteous Gemstones” used the money-stashed-in-church-walls bit two years before this news broke.) Maybe the three planes works better as a nod to televangelist Jesse Duplantis, who had to clarify questions about his wealth in 2018: “I said I’ve had three jets, I don’t have three jets.”

Morningside USA, where Jim Bakker lives and broadcasts “The Jim Bakker Show,” has a pool, a shopping center, condos for rent, a cafe and more. And what hasn’t Jerry Falwell Jr. done? Posted a picture on his public Instagram with his pants unbuttoned, yes, and that’s likely the least harmful thing on a long list of his misbehaviors. 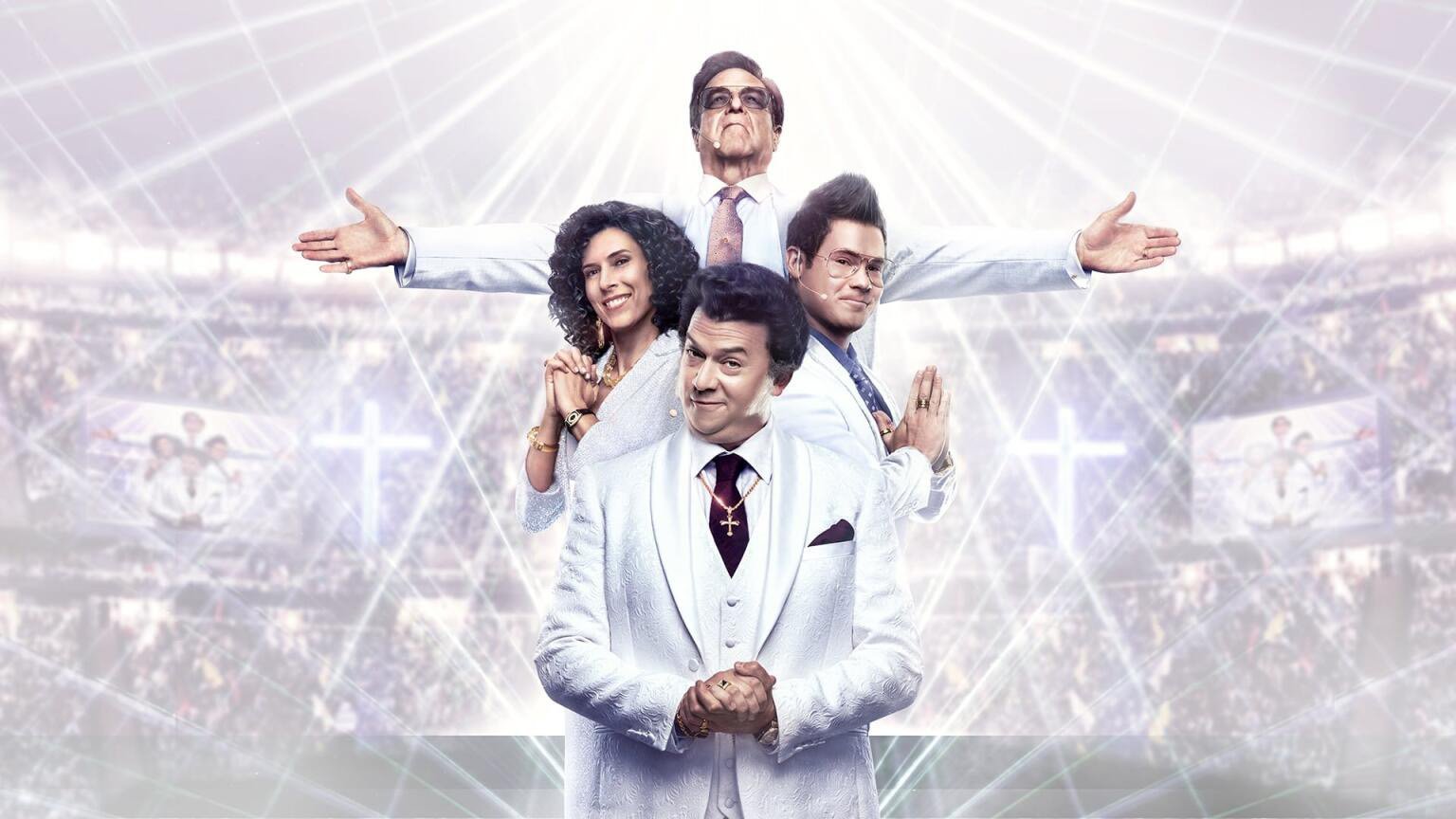 The Gemstones are an undoubtedly satirical representation of hypocritical Christians, particularly the ones who hoard immense wealth. But they represent some truths about many filthy-rich televangelists and church leaders, priming them to be a perfect parable for Christianity, whether or not the Christians who learn from the tale possess Solomon’s riches.

Apart from its morality, the show is well-crafted and unique entertainment. It’s graced with an old-school country-gospel soundtrack, characters dressed to wealthy Baptist perfection and the most Southern pronunciation of words possible.

There are after-church barbecue lunches (many of which end in disaster), cringe-worthy worship services and a surreal baptism that takes place in a shiny white cross-shaped pool.

Its characters, too, are such perfect recreations of evangelical stereotypes it almost feels like a special inside joke to watch them on-screen. Middle child and only daughter Judy is the most vulgar and the most desperate for approval from “Daddy,” determined to prove she can be a sequined church performer just as great as her late mom. Youngest son Kelvin is the church’s “cool” youth pastor who wears skinny jeans and v-necks and egregiously spiked hair.

Each of the two seasons has so far begun with a terrible, potentially life-ruining threat to the Gemstones — which they’ve mostly brought upon themselves, thanks to terrible behavior and the belief they can get away with anything because they’re rich. In the first, eldest son Jesse is blackmailed by a ragtag group with a video taken from a prayer conference that shows him and his friends doing drugs and spending time with prostitutes.

In the second season of “Righteous Gemstones,” the self-inflicted trials of the Gemstone family are even more dire. So far, the Gemstones have been confronted with the murder of the journalist wanting to do a hit piece on their family, the construction of a pyramid-scheme Christian beach resort, threats from the mob and the renewed relevance of that aforementioned underground fighting ring. 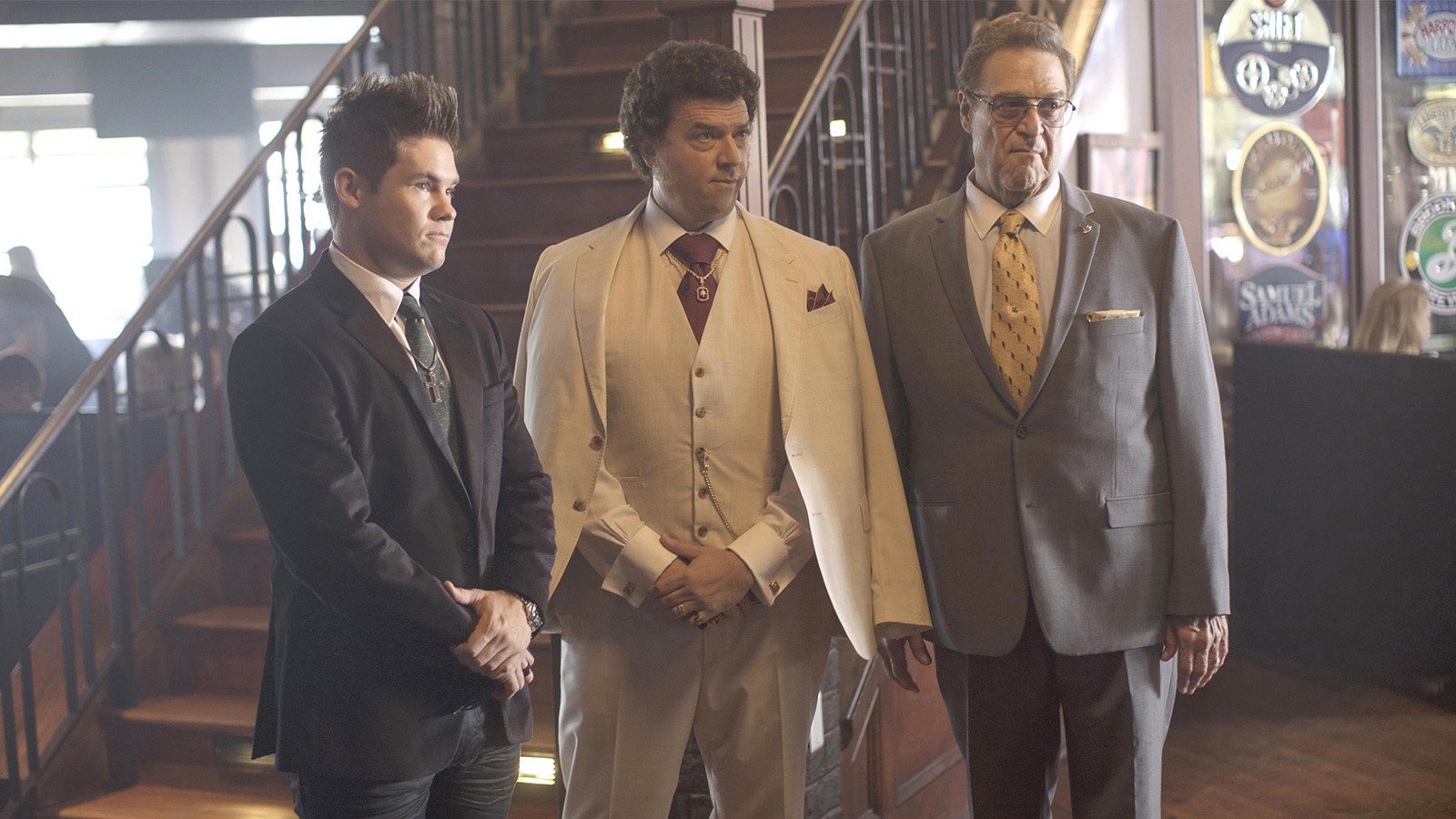 If it wasn’t clear, every bad thing in the show happens because the Gemstones are terrible people and, often, downright idiotic. They fight with each other; make frequent fools of themselves in front of their friends, family and congregation; use their wealth and privilege to get exactly what they want; and generally make a spectacle of their sin.

Here’s the kicker. The Gemstones are actually good people. For all they say, do and feel, their hearts are usually in the right place.

The first season ends with Jesse working earnestly to reconcile himself with his wife and estranged son, following a grand confession to those closest to him. His relationship with his family is stronger and genuine, a proven mark of his repentance.

Other Gemstones have made similar, if not smaller, steps of faith, and there’s hope that by the eventual end of the show they may act like they’re good people.

Unlike much other entertainment that teases or criticizes Christianity, “The Righteous Gemstones” doesn’t suggest religion is the root of all evil. It’s instead clearly aligned with the biblical truth: “The love of money is a root of all kinds of evils” (1 Timothy 6:10). The Gemstones’ faith — where it isn’t diluted by greed or another kind of selfishness — is often the only thing that’s really saving them.

Not that it’s necessary to learn something from the Gemstones, strange examples as they are. It feels like more than enough to laugh at their unending antics and occasionally raunchy Bible-based humor.